On Wednesday afternoon, Fed policymakers will release their announcement, but not interest rate hike is expected. Fed Chair Janet Yellen will hold her press conference. Many words will be spoken, but little will be said. That leaves the Fed’s updated economic and interest rate estimates as the most consequential development of the day. And investors are likely to be disappointed by the outcome.

Currently, futures traders don't believe the Fed will raise interest rates at all this year: December rate hike odds are at only 40 percent. In fact, futures traders believe it's more likely the Fed cuts rates on Wednesday than raises them.

But the Fed's last forecast in March pointed to two rate hikes this year. Since then, steady labor market tightening has driven a majority of Fed policymakers to warn the Wall Street was being too pessimistic on the chances of two, three or even four rate hikes this year.

Looking farther out, the futures market believes by year-end 2018 short-term interest rates will be at 1 percent — representing just three rate hikes over the next three years. Fed officials are looking for rates near 3 percent.

This difference of opinion will need to be reconciled.

Whether stocks rise or fall after Yellen speaks on Wednesday will depend, in large part, on whether the Fed sticks to its guns on this or once again defers to Wall Street, even at the risk of further eroding its already thin credibility.

Other headwinds are also threatening to blow the Dow Jones Industrial Average well below 18,000. The Dow has traded back below its 50-day moving average as large-cap stocks have suffered their largest drop in over four months. We face the specter of a first-ever departure from the European Union, a massively contentious U.S. presidential election, crude oil back under $50 and U.S. 10-year yields back at 2012 lows.

Related: Why the Stock Market Is Growing Jittery Again 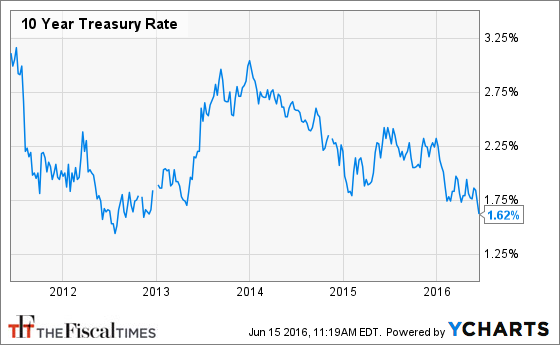 Worries that the Fed will be pushed to raise rates in July or September is exacerbating this dynamic — on concerns it would be a policy mistake. This can be seen in the way inflation expectations are crumbling back to levels last seen in February.

Related: Here’s Why George Soros Is Investing in Gold

Yellen is sure to mention these concerns in her post-announcement press conference amid evidence of ongoing labor tightening and building evidence of wage inflation. She must walk a thin line between expressing confidence in the economy and not shocking liquidity-addicted markets by appearing too hawkish. 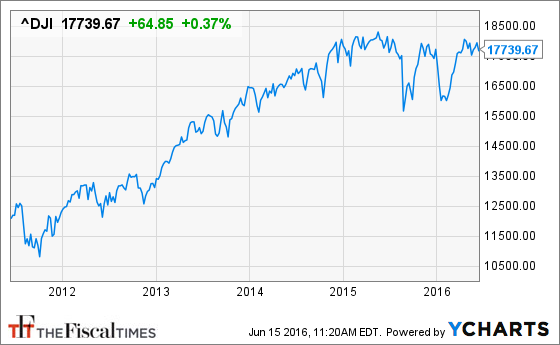 As time goes on this becomes harder and harder to do. Markets remain in an uneasy, three-year long stasis after the Dow first crossed the 18,000 level in December 2014. Since the Fed ended its bond buying stimulus program that month, no significant upward progress has been made by the bulls.

And yet, the ongoing progress in the economy forced the Fed to raise rates in December 2015 for the first time since 2006. That gave way to extreme volatility in January and February, in what was the worst-ever start to a year for stocks.

Yellen and her colleagues insist they are dependent on the economic data instead of the whims of the stock market. Despite last month’s weak jobs report, there are signs the economic progress has continued. Just look at Wednesday's retail sales report: Headline sales rose 0.5 percent in May over April, beating consensus estimates, thanks to a solid rise in core sales. The unemployment rate is back under 5 percent, though there are still questions about the value of that reading. Overall, the Atlanta Fed's GDPNow estimate of second quarter growth stands at 2.8 percent (up from 2.5 percent previously).

Related: The US Economy May Be in Better Shape Than You Think

For all these reasons, don't expect anything new from Yellen: She'll most likely mention downside risks, touch on recent highlights in the economic data and continue to pencil in two rate hikes.

With the Fed unlikely to do anything significant, stocks are likely to be disappointed since investors will be left with all the issues that have been bothering them lately — and the new realization that Yellen is slowly, but steadily, turning hawkish.